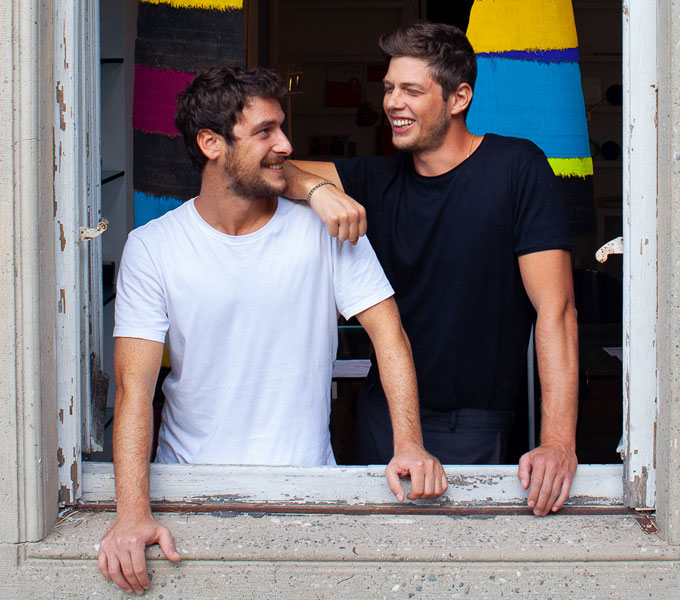 Founders and Designer at Nava + Arosio

The studio of the two Italians designer has two headquarters, one in Milan, and one in Lissone, in a big house-studio- laboratory of the first '900's. They start collaborating since the beginning of their university studies at the Nuova Accademia di Belle Arti (NABA) in Milan. In 2012, they both obtained the honours degree in Product Design presenting a project called "Maniacal Mirrors".

Working on different projects for prestigious firms like Rubelli, Lago, Riva1920, Italamp and in collaboration with Paolo Nava Design Studio, they begin to experience a humanistic design, that is to say a design in which the person is the center, with his/her material and immaterial needs.

The studio, founded in collaboration with Jonathan Nava, Shanghai contact point, and Alexander Nava, Hamburg contact point, has been gaining prestigious international awards, with several projects published by the most important mastheads of the sector.

Research and experimentation are the engine of our ideas.
The union between contents and aesthetic is the goal of our approach to design, in which every project is developed to meet the company’s needs and, ultimately, of the final users.