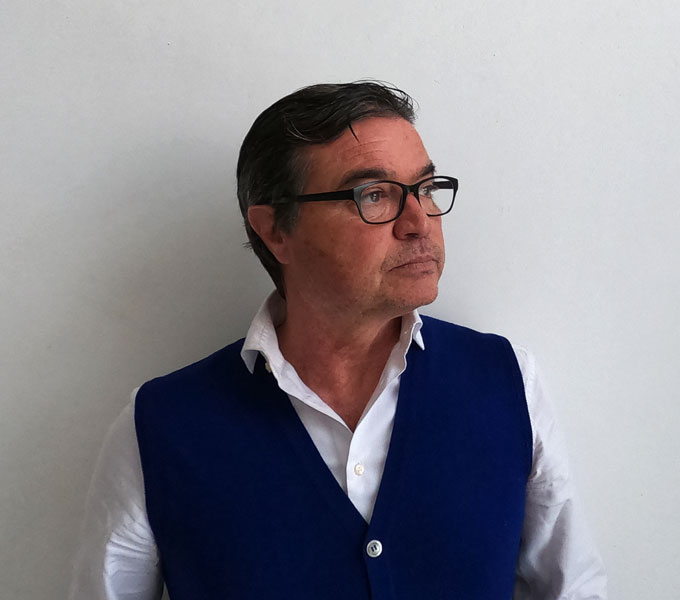 Roberto Semprini studies architecture in Florence. In 1987 he joined the Bolidista movement, which expresses design in a symbolic key. He moved to Milan and began working as a free-lance journalist for some design magazines such as Modo, L’Atelier (Paris) ARDI (Barcelona) and Vogue Italia. In 1989 he designed Edra's “Tatlin” sofa, which is among the winning products of the prestigious TOP TEN award in Dusseldorf.

In 1994 with the “Manta” coffee table for Fiam he was among the winners of the Young & Design award. His products are part of the permanent collection of the Montreal Museum of Decorative Arts in Canada and the New Museum of Design in London. In 2000 he moved to Rimini where he inaugurated the "RM 12 art & design" space, Art Gallery, Interior Design and Architecture Studio.

Since 2006, he has created high-impact scenographies relating to the search for new domestic and public spaces, within the cultural part of trade fairs such as the Fuori Salone in Milan, Abitare il Tempo in Verona, Sun and Sia Guest in Rimini. In 2010 he was invited by the Seoul Living design Fair (Korea) to exhibit “The Italian / Korean house”.

He has held conferences and seminars in various universities such as: the Faculty of Architecture of Florence, the Polytechnic of Milan, the Higher School of Design of the University of Bologna, the I.E.D. of Milan, the Elisava School of Barcelona (Spain), the Tsinghua University of Beijing (China). From 2016 to 2017 he was full professor and Coordinator of the Product Design Course at the Academy of Fine Arts in Bologna. He is currently a tenured professor at the Brera Academy of Fine Arts (Milan).

Since 2015 he has been a lecturer for Chiara Fama at the Milan Polytechnic and received the certificate as an expert in Italian design in China from the Municipality of Ningbo (China). In 2017 he won the Gold Design Award, the Archiproducts Design Award with the project of the Nemo table for the company Scab Design. Honorable Mention at the Top Design of the Year for Grand Design Etico, with the Natural Giulia Pop project for Scab Design.