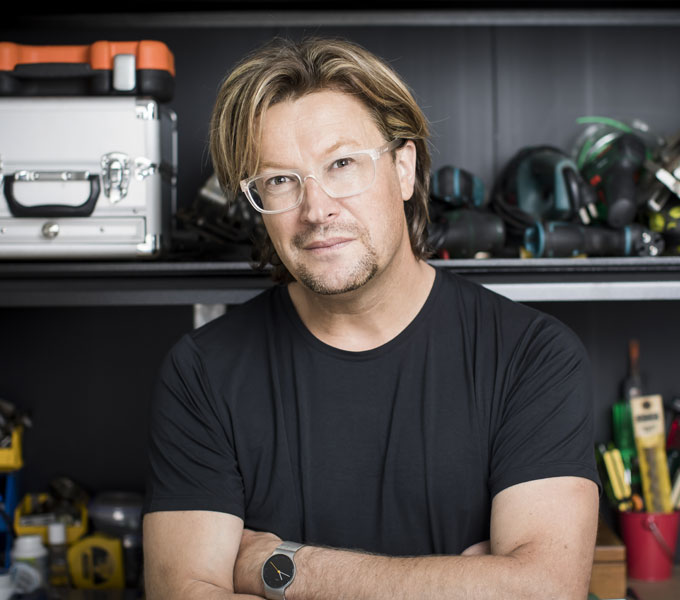 Brandon is the CEO of Good Design Australia, Chair of the Australian Good Design Awards, and Deputy Chair of the Australian Design Council. He has spent the past 25 years passionately advocating for the value of good design to improve our social, economic, cultural and environmental quality of life.
He is a qualified Industrial Designer and currently an Adjunct Professor of Industrial Design at both the University of Canberra and the University of New South Wales.

He became a Senator of the World Design Organization (WDO), the global body for Industrial Design, after serving as President (2013-2015), the first Australian to hold this position.
During his term, he led the strategic transformation of the organisation, resulting in a new name, vision and mission aligned to the United Nation’s Sustainable Development Goals.

He helped spearhead the establishment of the World Design Impact Prize and World Design Medal and Chaired the Selection Committee for the 2022 World Design Capital®, awarded to the City of Valencia, Spain.
Prior to establishing Good Design Australia, Brandon was the Executive Director of Design Strategy at Standards Australia, recognised by the Australian Government as the nation’s peak standards body.

He studied Mechanical Engineering at the University of Newcastle where he later graduated with a Bachelor’s Degree in Industrial Design. He holds a Ph.D. in Environmental Design from the University of Canberra’s School of Design and Architecture.
Among other advisory roles, Brandon is a Non-Executive Director of ASX listed Spacetalk Limited (ASX:SPA) an Australian technology company that designs and develops breakthrough wearable technology.

He was made an Honorary Design Ambassador to Japan, an international design advocacy role organised by the Japan Institute of Design Promotion (JDP), and is a Fellow of the Design Institute of Australia.