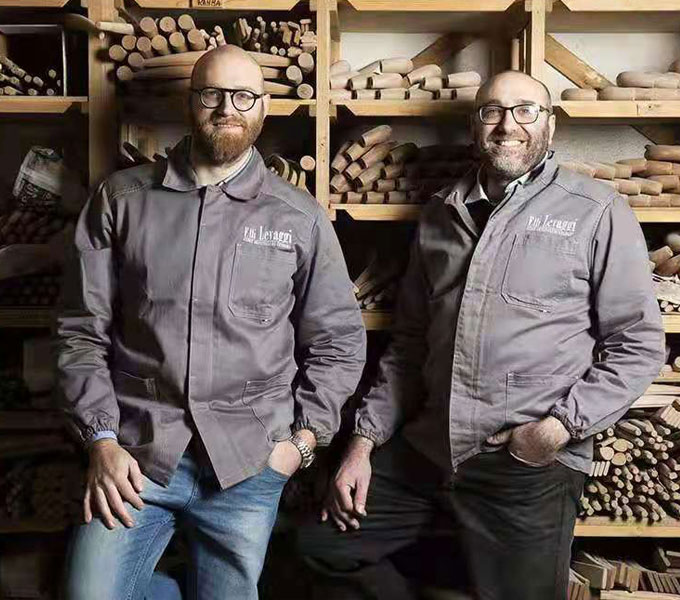 Paolo and Gabriele Levaggi are the owners of F.lli Levaggi snc, a family-run company leader in the production of chiavarine chairs. Both mature from an early age a privileged relationship with the raw material, first in the form of a game and then enter and learn the rudiments of the trade already at school age.

Gabriele Levaggi, born in 1968, graduated as a surveyor in 1997 and immediately joined the family business. Under the guidance of his uncle Rinaldo Levaggi he learned important tasks in production until he completely replaced his uncle once he reached retirement age. Precise and orderly, he is responsible for the careful management of work and the division of tasks within the company.

Paolo Levaggi, born in 1986, graduated in Architecture with a grade of 110/110 and publication dignity. For him too it is immediate to enter the diary where he works alongside his father Ettore until he gradually learns all his duties. He is specialized in processes that involve the use of classic carpentry and manual turning machinery.

From the very beginning he has also dedicated himself to the development of new products and has personally followed the communication and marketing of the company, contributing to his growth.